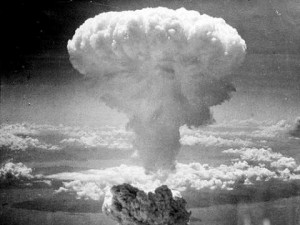 It takes two people to turn the little keys around their necks in two locks at the same time, open the protective covering, and push that . . .